Los Angeles, Calif. (December 1, 2020) - Wolfgang Puck Fine Dining Group and Pendry West Hollywood are proud to jointly announce the appointment of Mark Andelbradt as executive chef of Pendry West Hollywood. Andelbradt, a long-time executive chef with the Wolfgang Puck Fine Dining Group, will oversee the culinary execution of the legendary chef's Merois, which will showcase the sophisticated subtleties of Japanese, Southeast Asian and French/California cuisine, and casual street-side European style café, Ospero. He will also be responsible for the menu at The Britely, a modern social club located on the property, in addition to special events catering and in-room dining, as well as in-residence dining for Pendry Residences West Hollywood-when the property opens on the famed Sunset Boulevard in January 2021.

Andelbradt's extensive culinary resume spans global roles with the Wolfgang Puck Fine Dining Group including executive chef at Wolfgang Puck's Spago at Bellagio Resort & Casino. Andelbradt's journey alongside Chef Puck has taken him to Las Vegas, Shanghai, and beyond-managing daily culinary operations and collaborating with Puck to create the globally influenced fare for which his legendary Spago is best known.

"Chef Andelbradt is an outstanding chef and my first choice to help create truly unique culinary experiences for Pendry West Hollywood," said Wolfgang Puck. "I opened the original Spago in 1982 on the Sunset Strip, and trust Mark explicitly to bring to life our new concepts, and to help me create something that will be both innovative and iconic-a homecoming of sorts for Wolfgang Puck Fine Dining Group to West Hollywood."

The highly anticipated Merois and Ospero at Pendry West Hollywood will celebrate the open-air allure of the City of Angels and exemplify the undeniable cachet synonymous with Wolfgang's name. Puck came to Los Angeles from Europe in 1975 and has since gone on to influence the way Americans cook and eat by combining classic French technique with California and Asian influences. Guests at Pendry West Hollywood can expect signature Puck dishes as well as seasonal and innovative menu offerings influenced by Executive Chef Mark Andelbradt's bold touch, redefining fine dining on Sunset Boulevard.

Prior to joining Chef Wolfgang Puck and the Wolfgang Puck Fine Dining Group, Andelbradt also worked under some of the other most esteemed toques in the world today-from sharing the kitchen with Chicago's Rick Tramonto as chef de cuisine at Brasserie T and later opening Tramonto's two Michelin-starred restaurant, TRU, as executive sous chef, to working with chef Daniel Boulud at DANIEL New York as well as with Iron Chef Masaharu Morimoto at two of his restaurants in Philadelphia and New York, and even serving as personal chef for Academy Award-nominated director, M. Night Shyamalan. His innovative mindset, natural ability and exceptional management skills have brought him success in the kitchen, as well as in overseeing operations, menu development, and more. 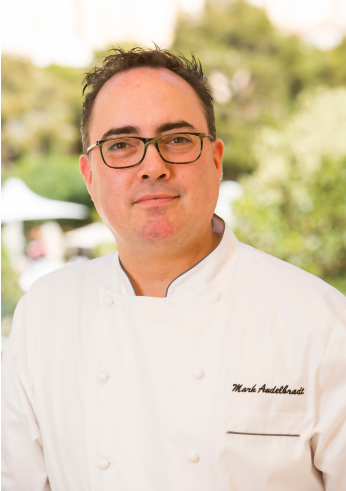 Though expectations are that hotels will return to some semblance of normalcy in 2021, their highest priority must continue to be the health and safety of guests and employees. To that end, hotels are training their guest service personnel in enhanced cleaning routines, which include the following practices - bathrooms, elevator buttons, remote controls and other high-touch items, are disinfected and cleaned with a higher frequency; all tables, chairs and menus in restaurants are cleaned at a much higher frequency, and after each seating; floor markers in public areas to remind guests and team members to maintain physical distance; hand alcohol stations and disposable gloves in lobbies and restaurants; loose items such as pens, note pads and information material removed from rooms and meeting rooms; limiting the number of seats in restaurants and public areas; and revised food & beverage offerings. The April issue of the Hotel Business Review will review how guest service personnel are being trained to maintain health and safety protocols in their operations.