Hard Rock Hotel & Casino Atlantic City announced today the resort will reinvest a minimum of $20 million in capital improvements including suite renovations, the opening of a new Starbucks, additional slots and table games, a new dining outlet and a refresh of beachfront amenities.

"The commitment of these capital dollars from our ownership proves their devotion to enhancing our guest experience, along with the revitalization of Atlantic City and our property which opened after a $500 million renovation less than three years ago," said Joe Lupo, President of Hard Rock Atlantic City. "Our growth over the past year during unprecedented circumstances speaks to guests' trust in our property and enjoyment of their experiences, which we will continue to evolve and improve."

The majority of the investment will go towards renovating 66 Celebrity and 25 Roxy suites. The 91 total suite renovations are being designed by Klai Juba Wald Architecture + Interiors. Additionally, all standard hotel rooms have been improved with new flatscreen television monitors and LED lighting. The upgraded suites and rooms provide an attractive luxury escape for tourists visiting Atlantic City.

The new Starbucks is scheduled to open late May and is located with Boardwalk access adjacent to the Hard Rock Cafe, expanding and elevating customer amenities. Additionally, the resort will unveil a new dining outlet to be announced soon and opening this summer.

Additional gaming units will be created in the Asian and High Limit areas as a positive response to the demand generated from seven consecutive months of gaming revenue growth. The main casino floor and cage areas will also be expanded with added table games and slot machines.

The oceanfront resort will also upgrade their beachfront amenities to reflect the hard work of the U.S. Army Corps of Engineers beach replenishment projects that took place this year. Upgrades will be made to the Hard Rock Beach Bar including new restrooms and more than 1,000 beach chairs.

With headliner entertainment returning, market leading programming and sound enhancements are being made to both Hard Rock Live at Etess Arena and Sound Waves. Other improvements will be made to the resort's meeting and convention space and the indoor pool. 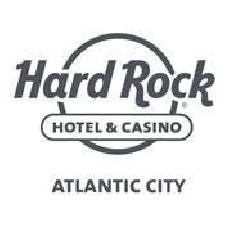 With the legendary Atlantic City Boardwalk as its backdrop, Hard Rock Hotel & Casino Atlantic City has become Atlantic City's go-to entertainment destination. The property features an award-winning gaming floor that offers 2,200 slots, 120 table games, and dedicated Sportsbook, which has been recognized in Casino Player Magazine's 2020 Best of Gaming Awards and USA Today's 10Best Casinos. Boasting more than fifteen food and beverage offerings, guests are able to enjoy fine dining at Council Oak Steaks & Seafood, Kuro, and Il Mulino, to casual fare at Hard Rock Cafe, YOUYU Noodle Bar, Sugar Factory and Fresh Harvest ‘All You Can Eat.' The music-inspired resort offers guests a glimpse into the world's most valuable and largest music memorabilia collection, along with services from Rock Spa® & Salon, which offers rhythm and music inspired treatments like the Soul Survivor Massage. With more than 150,000 square feet of meeting and event space, Hard Rock Atlantic City can fit any bill from intimate board meetings to large-scale conferences. For more information including continued updates on the Safe + Sound protocols or to book your stay, please visit hardrockhotelatlanticcity.com.

With venues in 76 countries spanning 262 locations that include owned/licensed or managed Hotels, Casinos, Rock Shops® and Cafes - Hard Rock International (HRI) is one of the most globally recognized companies. Beginning with an Eric Clapton guitar, Hard Rock owns the world's most valuable collection of music memorabilia at more than 83,000 pieces, which are displayed at its locations around the globe. In 2018, Hard Rock International was recognized as a Forbes Magazine Top Employer for Women and Land Operator of the Year at the Global Gaming Awards. In 2019, Hard Rock International was honored as one of Forbes Magazine's America's Best Large Employers, Forbes Magazine's Top Employers for Women and No. 1 in J.D. Power's 2019 North America Hotel Guest Satisfaction Study among Upper Upscale Hotel Chains. Hard Rock destinations are located in the world's greatest international gateway cities, including its two most successful flagship properties in Florida and home to the world's first Guitar Hotel® in South Florida, where its headquarters are located. The brand is owned by HRI parent entity The Seminole Tribe of Florida. For more information on Hard Rock International visit www.hardrock.com or shop.hardrock.com.