Today Moon Rabbit and InterContinental Washington D.C. - The Wharf announced the appointment of four seasoned culinary professionals to lead the buzzed about modern Vietnamese restaurant alongside Executive Chef Kevin Tien. Andrew Osinbajo will oversee all facets of the restaurant as General Manager; Judy Beltrano will support Chef Tien as Chef de cuisine; Susan Bae will be responsible for the restaurant's dynamic and unique dessert program as Executive Pastry Chef and Bradley Marlatt assisting with menu ideation, staffing and training as Executive Banquet Chef. All four talented individuals bring a collective wealth of D.C. hospitality industry expertise and will draw upon their years of expertise to bring the story of Moon Rabbit to life in the restaurant and on the plate.

"The addition of Andrew, Judy, Susan and Bradley to our team means Moon Rabbit will have four of the best in the industry supporting our goal to bring an incredible dining experience to our guests," said Tien. "They are all skilled at their craft with vast experience both locally and nationally. I'm confident their expertise and imaginations will help us drive innovation and continual growth that will contribute to make the Moon Rabbit experience something truly special."

Leading restaurant operations, General Manager Andrew Osinbajo will be responsible for high-level restaurant operations and ensuring quality of service is held to the highest of standards. Osinbajo joins the team with nearly five years of luxury hospitality management experience in the D.C. market. Before joining Moon Rabbit, Osinbajo oversaw the food and beverage operations as assistant general manager and sommelier at Poca Madre, rated by Washington Post as a "Top Ten Restaurant" in 2019, and most recently as a sommelier at the two Michelin-starred restaurant Pineapple and Pearls. Osinbajo holds a diploma from the Court of Master Sommeliers and is a lover of both far-flung travel and wine, having visited five continents, including furthering his wine expertise by studying at Craggy Range Vineyards in New Zealand, ranked one of the world's best.

Judy Beltrano, a skilled culinary professional with a decade of experience, will take on the role of Chef de cuisine at Moon Rabbit. Beltrano re-joins Executive Chef Kevin Tien, having previously worked alongside him at both Emilie's and Momofuku CCDC. Beltrano also made her way up the ranks in the D.C. food and beverage scene by lending her talents to the success of restaurants including Wildwood Kitchen, The Federalist and Marcel's, along with the aforementioned hot spots. As chef de cuisine, she will prepare Tien's personally inspired modern Vietnamese dishes, while adding her own culinary flare to the menu and constantly seeking areas for innovation. Beltrano received a Bachelor of Science degree in culinary nutrition from Johnson & Wales University in Rhode Island and is certified as both a food service handler and manager.

Susan Bae takes the cake as Executive Pastry chef at Moon Rabbit. She will oversee all aspects of the pastry department including the creation of innovative dessert menus for restaurant. Raised in Los Angeles, but most recently residing in Austin, Bae has worked at a number of restaurants and establishments throughout both cities as well as the nation's capital where she most recently served as the pastry chef de partie at Fairmont Georgetown. An alumna of Girasol, North Italia and Charlie Palmer, among others, Bae will work closely with Tien to create a dessert menu that perfectly completes diners' elevated culinary experience. A lover of travel, gardening and her two dogs, Bae has a diploma in patisserie and baking from Le Cordon Bleu of Culinary Arts.

Lastly, Bradley Marlatt has worked as the Executive Banquet Chef of InterContinental Washington D.C. - The Wharf since June 2018. Prior to this he was the banquet sous chef at the hotel pre-opening. With his tenure at the luxury property, he serves as an insightful resource for the Moon Rabbit team with a deep understanding the guest profile and their needs. Marlatt provided both creative and operational assistance in launching the hotels new restaurant concept. When he's not in the kitchen Marlatt loves to be outdoors either on the water fishing, hiking or foraging.

Located within InterContinental Washington D.C. - The Wharf, Moon Rabbit opened on October 31 for dine-in dinner service from 5 p.m. to 9:30 p.m. in its indoor-outdoor dining room, with ample outdoor dining space, weather permitting. The restaurant very closely follows the guidelines of IHG Way of Clean and Clean Promise which was created in partnership with industry experts at the Cleveland Clinic, Ecolab and Diversey. 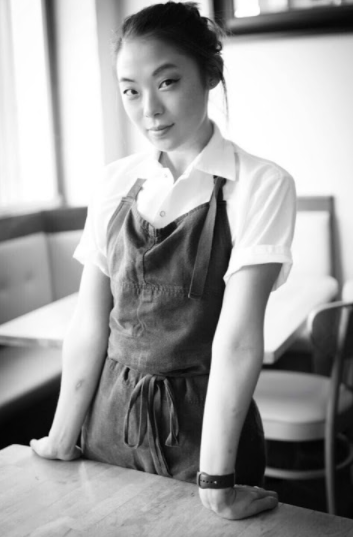 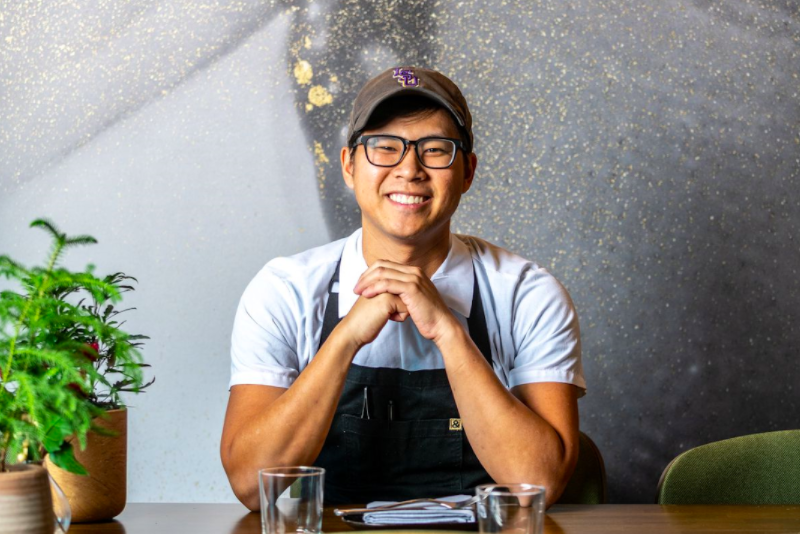 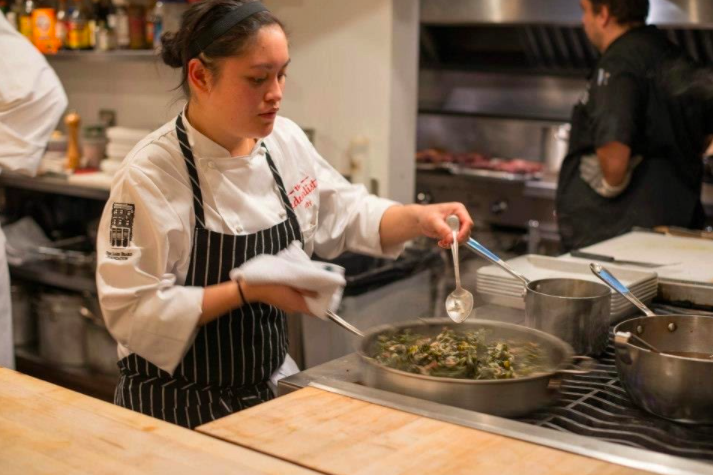 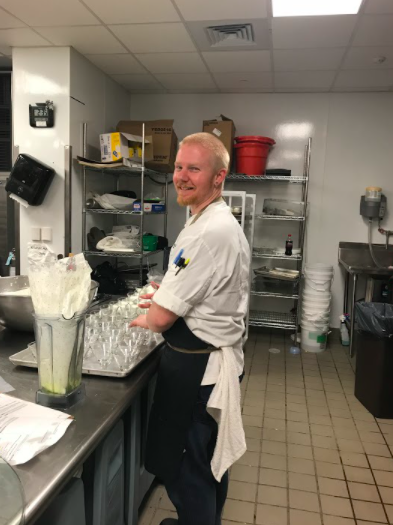 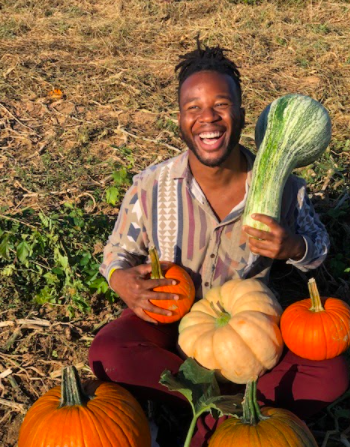 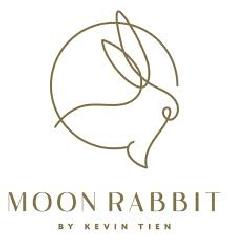 Moon Rabbit is a modern Vietnamese restaurant located at InterContinental Washington D.C. - The Wharf, in the heart of Washington D.C. An innovative approach to Vietnamese cuisine best describes acclaimed Chef Kevin Tien's unique and complex menu, intended to be a love-letter to his heritage as a first generation Asian-American. It evokes memory, honors history, references globally inspired techniques and spotlights reinterpreted takes on regional Vietnamese dishes. The restaurant opened in October 2020 and is named for the virtuous rabbit in the Buddhist Jataka tale, translated in folklore throughout Asia. At Moon Rabbit, Tien showcases dishes that tell his personal story, from his Pineapple Milk Bun-a traditional Chinese dish he grew up enjoying; to Grilled Prawn with muoi ot xanh sua dac (a spicy, green seafood dipping sauce with rural Vietnamese roots) that celebrates shrimp as an integral Vietnamese coastal staple, and Fried Quail-a popular Vietnamese street food that Tien batters and fries "Louisiana-style" as an ode to time spent growing up in Lafayette, La. Tien has been recognized by Food & Wine magazine as one of 10 "Best New Chefs;" Washingtonian magazine as one of the "Ten Young Chefs Shaping Washington's Dining Future;" EATER as a "Young Guns" semifinalist and the James Beard Foundation-both as a "Rising Star Chef of the Year" and "Best Chefs in America" semifinalist as recently as 2019. He brings this experience and acclaim to Moon Rabbit, where he weaves together different cultures and traditions to foster a conversation focused both on treasuring heritage and celebrating universal commonalities. For more information, visit www.moonrabbitdc.com, Instagram or Facebook.

About InterContinental Washington D.C. - The Wharf

As the leading luxury hotel in Washington, D.C.'s new mixed-use waterfront community, the InterContinental Washington D.C. - The Wharf has changed the hospitality landscape of the nation's capital. A contemporary, yet sustainable take on design, the 278-room waterfront hotel incorporates the storied past of the surrounding community while infusing a fresh take on the guest experience. The urban resort houses 33 suites as part of the 278-room count, including The Constellation, a grand, two-story Presidential Suite with panoramic views of the Potomac River and Wharf community. Offering a menu of upscale amenities to enhance each guests' stay including multiple culinary venues, a rooftop bar and pool, and multiple event venues with stunning waterfront views, the InterContinental Washington D.C. - The Wharf is the crown jewel of the Southwest Potomac. For more information, visit www.wharfintercontinentaldc.com, the hotels Instagram or Facebook.