In anticipation of an increase in international travel interest in the new year, Chiba International Convention Bureau (CCB) announces an invigorating line up of both new and favorite activities and authentic experiences on deck for 2021, providing visitors and groups all the more reason to add the off the beaten path destination, otherwise known as Tokyo's Secret Backyard, to their travel plans next year.

While traveling to Japan, one of the most visited countries in the world, landing at the bustling Narita International Airport sums up most visitors' experience of the Chiba prefecture. Few know that this region has much more to offer than just serving as a connecting port city known for its peanuts. Home to historic temples and shrines, surf-worthy shorelines, scenic mountains, flowering fields, sake breweries, and a soy museum, this area is the perfect playground for culinary enthusiasts, culture junkies and nature lovers alike.

Located just over 20 miles from and offering views of the neighboring Metropolitan city, Chiba is considered Tokyo's Secret Backyard. While its accessible sandy beaches, seaside views, and vast landscapes make it a popular summer destination and a golf mecca among locals in the Kanto region, it will also serve as host for some of the sporting events for the Tokyo Olympic and Paralympic Games in 2021. Chiba's natural beauty additionally plays a role in producing a bounty of the country's ingredients, giving the region another tasty moniker as Tokyo's Kitchen.

The prefecture is best known for housing the Tokyo Disney Resort® and its theme park attractions Tokyo Disneyland and Tokyo Disney Sea, yet the region is full of other gems that make it the next Japanese hot spot. From samurai houses and shopping malls to calligraphy courses and clamming, there's no shortage of things to see, savor and do. Many of Chiba's experiences also fall in line with travel trends that have emerged over the course of the year, including trips that embrace nature, focus on wellness, and feature exploration of the lesser known, yet wide open corners of the world.

As the destination looks toward 2021 and welcoming international visitors back, the CCB is proud to announce the following activities and attractions on both land and sea open for tourists to experience this rich region of Japan:

Recently launched by Chiba Sports Concierge, The Boso Jinja Ride is a new cycling program that visits significant shrines throughout the Boso region. The route stops include a number of participating shrines, including the Tomisaki Shrine, popular for its 60 step Hina-doll display. Cyclists can self tour and collect stamps handwritten in Japanese calligraphy (a spiritual good luck charm) or opt for a personal guide, available upon request.

Bordered by the Pacific Ocean and Tokyo Bay, Chiba offers cliff-carved sand beaches such as Ubara, prime surfing spots, and scuba diving off the tip of the Chiba peninsula where both cold and tropical currents and marine life collide.

Travel back in time in the historic Hokuso cities, which houses the largest number of Samurai residences in the region, ancient and honorable temples and shrines, as well as pathways once walked by samurais through bamboo groves.

Hike into one of Chiba's old forests to learn the art of Forest Bathing or opt for one of 200 hot springs to relax in the countryside's beautiful natural surroundings, or overlooking the ocean.

Tour the traditional terraced rice paddies of Oyama for an unforgettable panorama, or hike to a variety of cliffs such as Nokogiriyama (Sawtooth Mountain), overlook the majestic beach landscapes of Byobugaura below, and don't miss "Diamond Fuji"- the moment the rays of the setting sun touch the tip of Mt. Fuji, creating a spectacular beam that shines like a diamond over the sea.

Sculpted into Mount Nokogiri in an ancient quarry, the Grand Buddha, daibutsu in Japanese, is a treasured site to see

During the spring, Chiba is an excellent place to enjoy the blooming cherry blossoms (without the crowds of Tokyo) rape blossoms, and azaleas, while the Yoro Valley in the fall features a canopy of brilliant red, yellow and gold leaves.

Take in a Knife Ceremony at the Shrine of Cuisine

Takabe Shrine is the only shrine in Japan dedicated to the Shinto God of Cuisine and Cooking. Here, the Hocho-shiki or Knife Ceremony is recreated to demonstrate the slicing of a fish using only a knife and chopsticks to give visitors a glimpse into the secrets of traditional Japanese culinary culture.

Thanks to the prosperous rice production, there are about 40 sake breweries in the prefecture that are competing in terms of taste and technique.

The region's mild climate and fertile land surrounded by sea is a reservoir of various ingredients making it one of Japan's leaders in agriculture, forestry and fishery. Visitors can experience this bounty firsthand with tasty seasonal experiences ranging from loquat and pear picking to digging through the tidal flats of the "Mecca of Clamming" to learning the art of dragnet fishing followed by enjoying a barbecue of fresh caught seafood right on the beach. 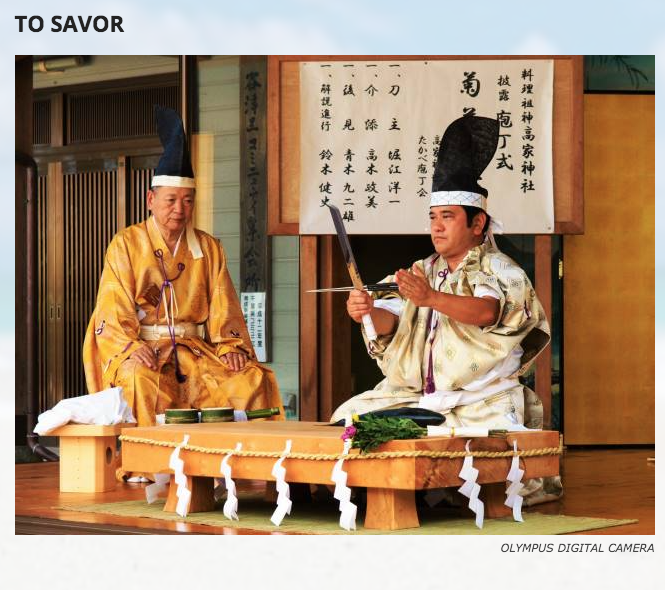 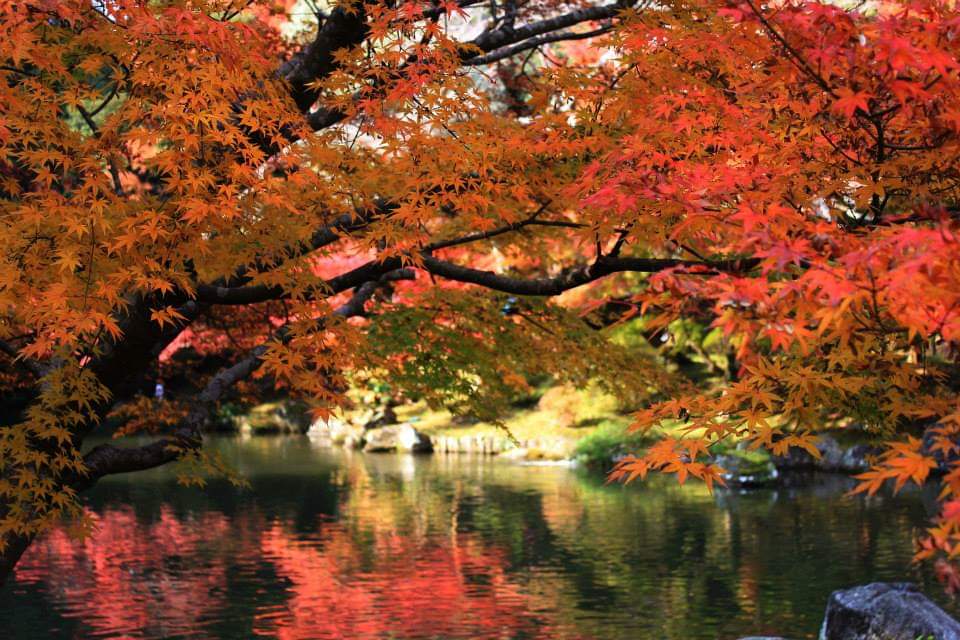 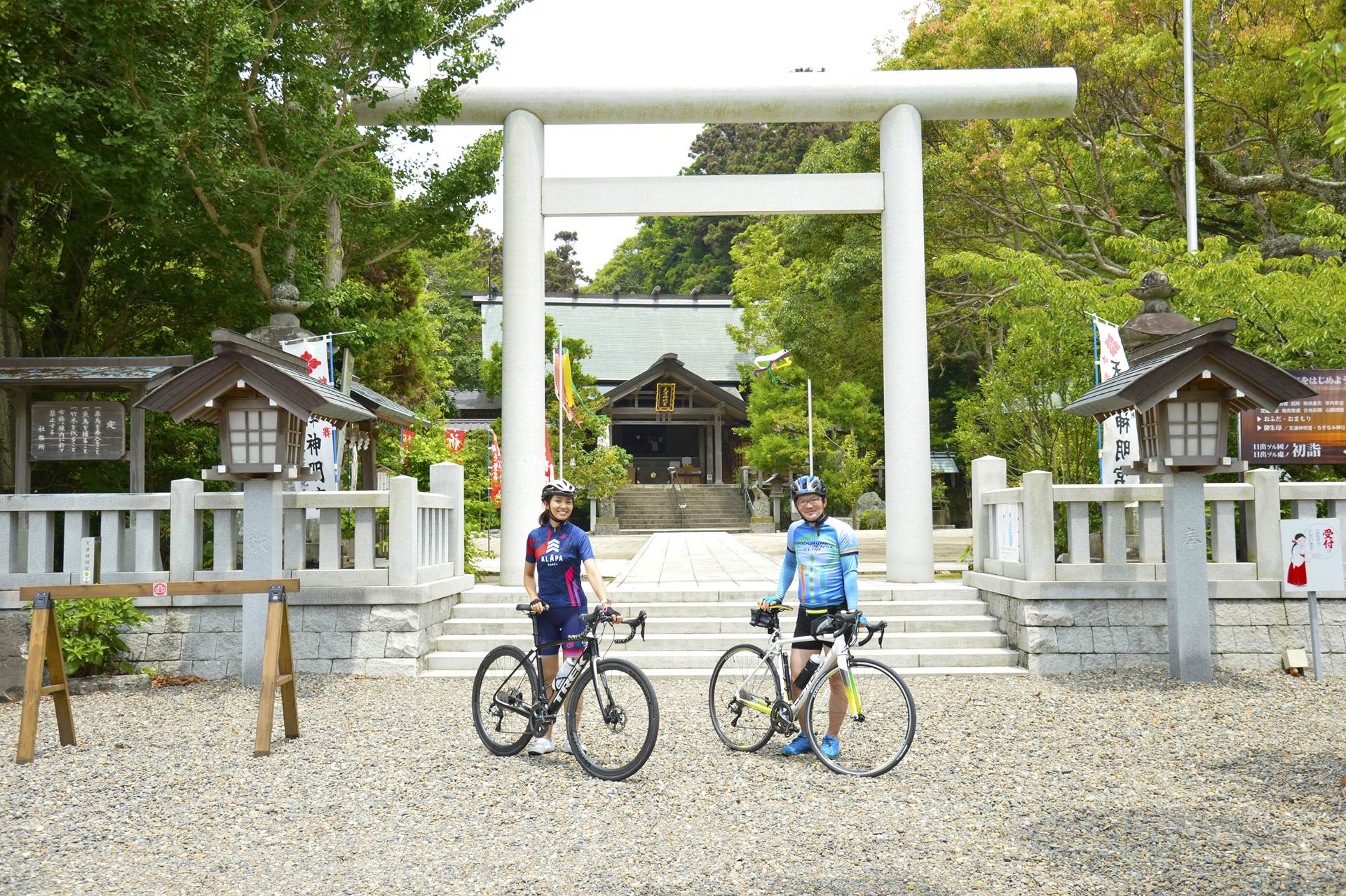 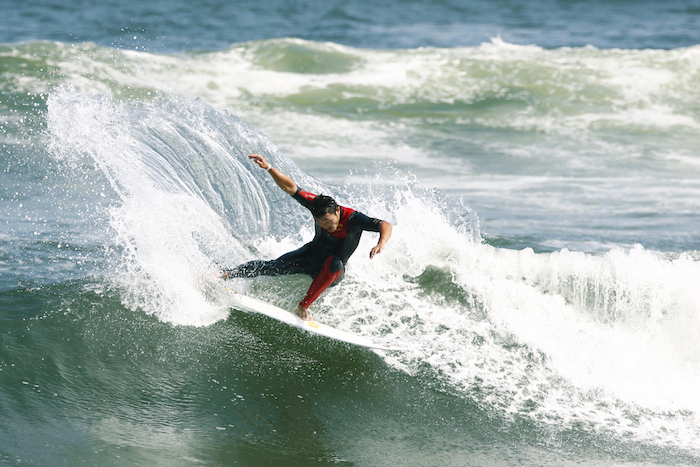