Donte Johnson, general manager of the award-winning Hotel Revival, was recently appointed to the board of directors for Baltimore's destination marketing organization, Visit Baltimore. Johnson will join a dedicated team of 38 board members who come together with a common goal to inspire people to visit the city and experience the products and services provided by its stakeholders.

"It's an honor to have Donte join the Baltimore Convention & Tourism Board. With Donte's background and current leadership at Hotel Revival, we're lucky to have him on this important governing body. We're excited about the fresh ideas and energy he brings, especially as we enter this important period of recovery for our industry," Al Hutchinson, president and CEO of Visit Baltimore.

Johnson's role as general manager of Hotel Revival consists of not only executing commercial strategy and hotel and property operations but involves working with his team and local organizations and leaders to support the community through a variety of philanthropic efforts. Johnson has spearheaded a hotel-wide focus on social impact since joining the team in 2019 and has initiated several programs to help those in need during the pandemic. Most recently, Johnson helped orchestrate the hotel's free weekly lunch and produce distributions and offered the hotel's first-floor restaurant to local small food businesses in need of a space to prepare and distribute food through the hotel's valet lane.

"When businesses unite for the greater good, we all have the capability to rise and succeed," said Johnson. "I'm pleased to support Baltimore as the newest member of the Visit Baltimore board of directors and look forward to working with and for businesses and the surrounding community."

Prior to Hotel Revival, Johnson served as both director and general manager of the Riggs Hotel Washington, D.C., and before that, he served in a variety of roles during a 16-year tenure with Kimpton Hotels & Restaurants. Johnson currently serves on the board of directors for the Mount Vernon Place Conservancy. Previously, he served on the board of directors for the Hotel Association of Washington, D.C., and on the advisory boards of Hospitality High School, the Hospitality Outreach Pathways to Employment (HOPE) Program, and the D.C. Mayor's Workforce Investment Council.

Hotel Revival has received numerous accolades as a result of Johnson's leadership and focus on social impact including the Baltimore Business Journal's inaugural "Better Baltimore Award" and the 2020 Mayor's Business Recognition Award. In 2011, he was named to the Washington Business Journal's "40 Under 40" list, an honor that recognizes standouts in the industry who have also made an impact serving the Greater Washington community, and received the Washington D.C. Mayor's Award for Environmental Excellence. Johnson graduated from Saint Peter's University in New Jersey with a bachelor's in communications. 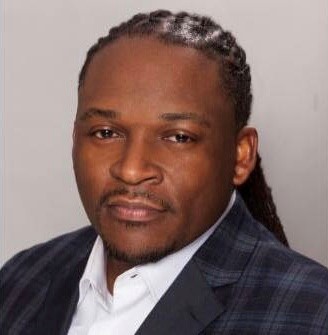 Donte Johnson, general manager of the award-winning Hotel Revival, was recently appointed to the board of directors for Baltimore's destination marketing organization, Visit Baltimore.
/ SLIDES 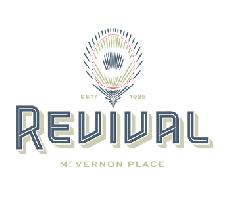 Rich with history and as bold in spirit as Charm City itself, Hotel Revival is Baltimore's only boutique art hotel. Nestled in the heart of Baltimore's historic Mount Vernon neighborhood and less than a mile from Penn Station, the 107-room, 14-story boutique hotel serves as a community gathering place, and contributes to the renewal of the area through a vibrant guest experience, thoughtful design, new restaurants and signature bars. The newly renovated hotel features distinctive art and stunning monument and city views. From all-local craft beer to a local art program, Hotel Revival embraces and embodies all that is Baltimore.