Kevin Briggs, general manager of The Glenmark, Glendale, A Tribute Portfolio Hotel has announced the appointment of Shant Hallajian as the hotel's new Executive Chef. With Hallajian's rich experience in upscale eateries throughout California, he is excited to bring a fresh take to the Mediterranean-inspired menus at signature restaurant Olia and the popular Mila Rooftop Bar.

Hallajian will be introducing new Japanese elements with a California flare. New dishes include a Japanese A5 Wagyu New York Cut steak dish that will be paired with roasted seasonal vegetables and Tamari Bordelaise sauce at Mila; as well as a seasonal Chestnut Soup, Black Truffle Aioli Burger and a Mediterranean Sea Bass paired with Saffron-infused Beurre Blanc sauce at Olia.

"Chef Hallajian brings to The Glenmark Hotel a rich and authentic culinary background, stemming from his Aremenian culture and experiences cooking in some of California's favorite restaurants," said Kevin Briggs, general manager of The Glenmark Hotel. "We are delighted to show off his creative talents and fresh approach to Mediterranean cuisine that will appeal to our guests and Glendale neighbors."

Prior to The Glenmark Hotel, Hallajian also held roles at Thomas Keller's The French Laundry restaurant, where he worked for two years, bringing his own innovative spin on modern French cuisine, as well as Glendale's famous Carousel Restaurant, paying homage to his Armenian descent through the execution of their richly Middle Eastern dishes.

Born in Syria, Hallajian immigrated to the United States in early 2000's where he started his career in the restaurant business as a dishwasher. He attended the Institute of Culinary Education in Los Angeles, where he discovered his love for perfecting simple recipes while integrating molecular gastronomy. In his free time, Hallajian can be found playing a round of golf, or spending time with this family. He especially enjoys the holiday season where he gets the chance to cook his favorite Armenian recipes passed down from generations.

For more information about The Glenmark Hotel, visit: www.theglenmarkhotel.com

About The Glenmark Hotel 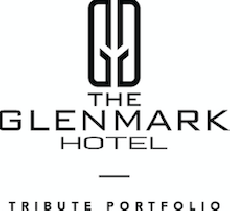