Spectacular Hotel, Combined With Massive Offshore Rooftop Bar, Creates a Destination in a Class of Its Own

Sable at Navy Pier, which marks the 100th property milestone for Curio Collection by Hilton, has officially opened its doors to the public.

Developed and operated by Maverick, with an ownership group led by ACRON AG, Sable at Navy Pier is the first hotel to break ground and make waves on one of the city's most iconic and historic landmarks. The hotel offers sweeping, unmatched views of Lake Michigan and the Chicago skyline and is joined by Offshore, the World's Largest Rooftop Bar as recognized by the Guinness Book of World Records, as well numerous restaurants, shops and boutiques at Navy Pier.

This high-end oasis at 900 East Grand Ave combines lush accommodations with elegance and comfort. With an innovative and historically sensitive design by Koo, the hotel features 223 guest rooms and suites beautifully appointed with a nautical theme to incorporate the naval history of the city's pier. Each room boasts floor to ceiling windows with unparalleled lake and skyline views, along with corner room upgrades, serenity beds, and spacious living room areas. The angled surfaces of each room's window seat create a textured exterior that allows the ever-changing range of light, shadow, and color of the lake to reflect within the space, offering a truly unique perspective for locals and out of towners alike.

With more than 4,300 square feet of meeting and event space, Sable at Navy Pier is poised to host the city's most elegant weddings, parties and functions. The hotel was strategically designed to have three separate towers so guests looking to host an event have the option to rent an entire wing of the hotel to enjoy extra space and privacy.

Sable at Navy Pier is joined by Offshore, is the nation's largest rooftop venue. The stunning, chic 36,000 sq. ft. all-seasons/all-weather venue offers Chicagoans a full-service luminous bar and world-class kitchen, with a 20,000 square foot Terrace, along with seven cozy fire pits, an entertainment and gaming area, and multiple large gathering spaces. The culinary team is led by Executive Chef Michael Shrader. Shrader is a protégé of Jeremiah Tower who is credited as a pioneer in California cuisine.

"As we celebrate the 100th Curio Collection opening, we are delighted to welcome guests to Sable Navy Pier, a truly extraordinary property that sits on one of Chicago's most iconic landmarks," said Jenna Hackett, global brand head, Curio Collection by Hilton. "Embracing the storied heritage and culture of its locale, this new property is another example of how Curio Collection serves travelers seeking one-of-a-kind, curated experiences and continues to expand our portfolio in the world's most sought-after destinations."

"Sable at Navy Pier is a milestone project for Maverick and one that I am proud to be part of," said Robert Habeeb, ceo of Maverick Hotels and Restaurants. "It's the fundamental definition of a true destination and one that is now a permanent part of the fabric of the world-famous Navy Pier, one of the Chicago's most notable and popular landmarks."

The name Sable is an homage to the historical vessel. During World War II, Navy Pier served as a training center for new recruits in the United States Navy and the homeport for USS Sable. Today, Lake Michigan surrounding Navy Pier is said to host over 143 aircraft assemblages that still remain within its depth, representing the largest and most preserved groups of U.S. Navy sunken historic aircraft in the world. 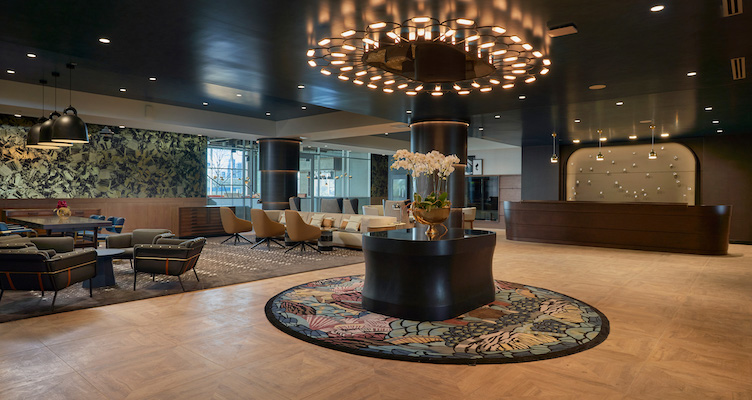 About Maverick Hotels and Restaurants

Headquartered in Chicago and with an office in Boston, Maverick Hotels & Restaurants is a premier developer and operator of award winning hotel, resort, and dining properties, focused on impeccable operations, understanding the unique needs of owners and unparalleled appeal to consumers. Maverick's services include asset management, development or repositioning, hotel operations and restaurant management. Known for its creativity and operating prowess Maverick distinguishes itself with superior results in each of its projects. Clients appreciate Maverick's entrepreneurial spirit and cutting edge business philosophy, uniquely aligned with an evolving world. For more information, visit http://maverickhotelsandrestaurants.com